↓ Skip to Main Content
The Sixties | Uptight & Laid Back, Iowa City in the 1960s 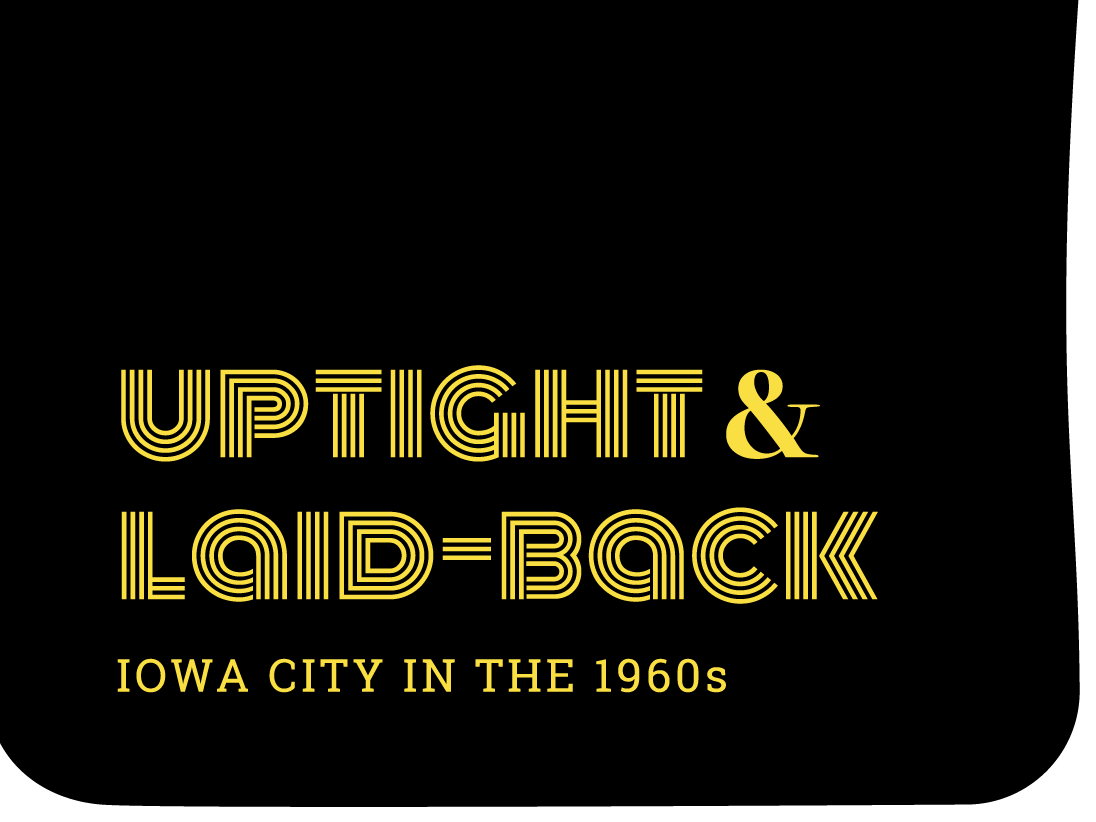 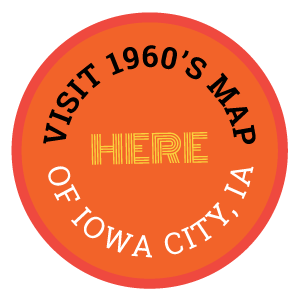 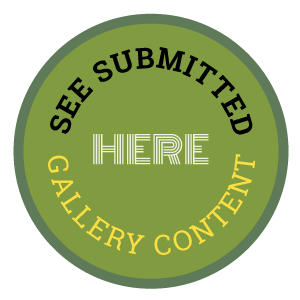 Welcome to Iowa City in the Sixties

Were you enrolled at the University of Iowa (or, before 1965, the State University of Iowa) during this decade? If so, maybe you experienced some groovy, far-out happenings. Or maybe sometimes you just thought it was a drag. You dig?

Uptight and Laid-back: Iowa City in the Sixties transports you to that time on several fronts: anti-war protest, military service, civil rights, the local arts scene, relaxing of students’ rules of conduct, and more. The exhibit highlights events with images, documents, sounds, and film footage. We will keep adding cool stuff, too, as we uncover more in the university archives.

The exhibit spans from 1959, when the Rev. Martin Luther King, Jr., visited campus, to 1973, the year of “the last anti-war rally” on the Pentacrest following the signing of the Vietnam peace agreement. Between those bookends are several years, recounted here, that brought profound change to many.

Jazzed? Check it out and have a gas! 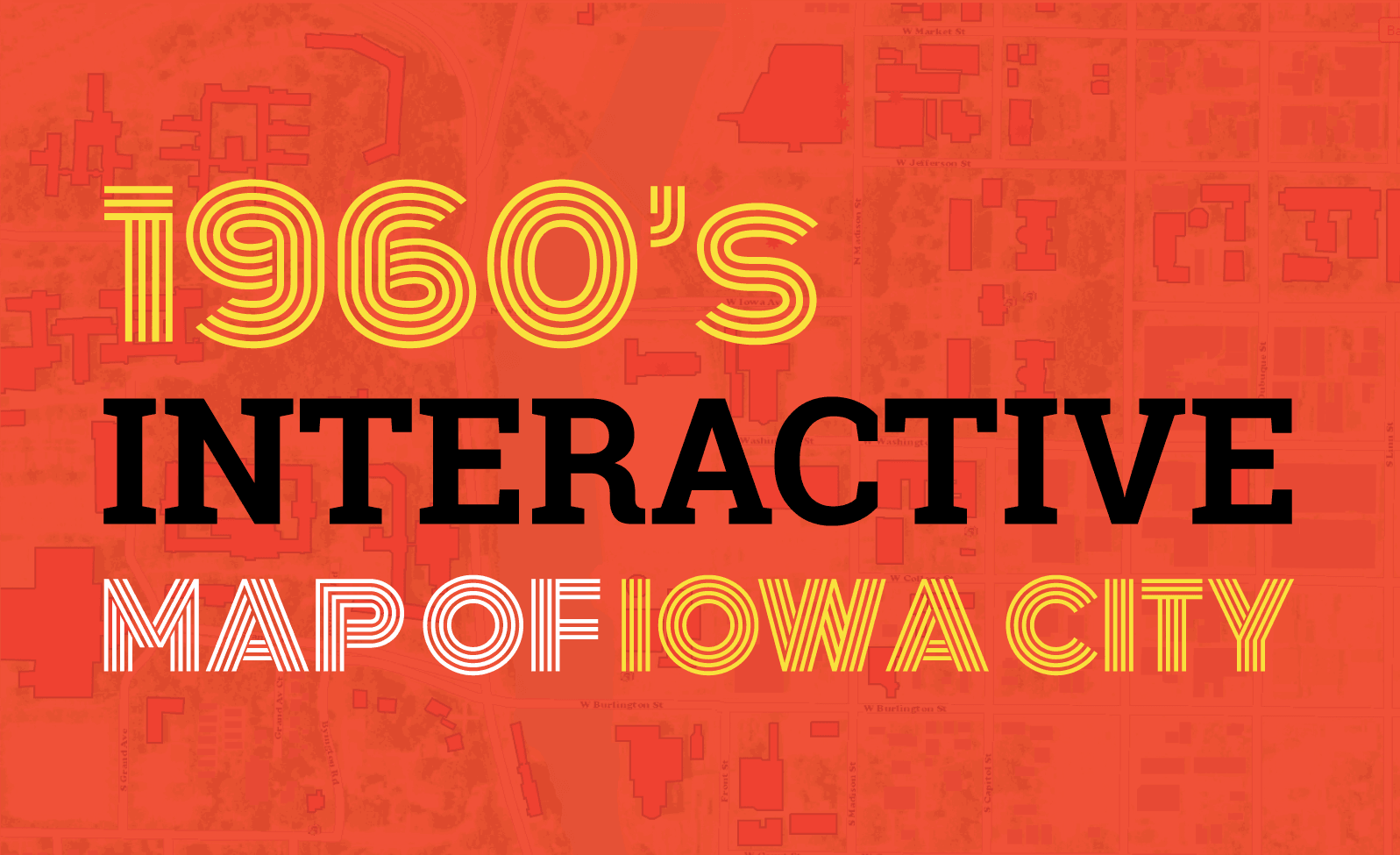 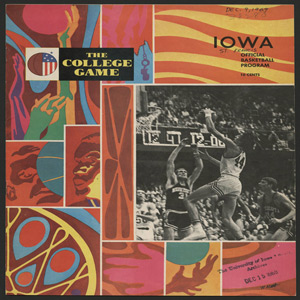 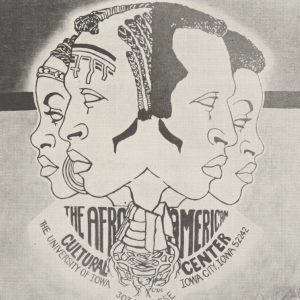 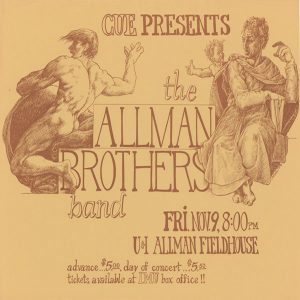 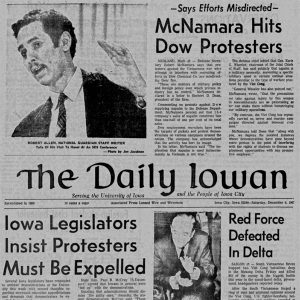 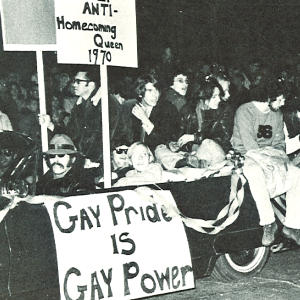 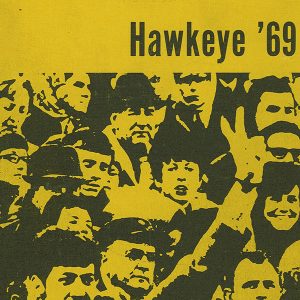 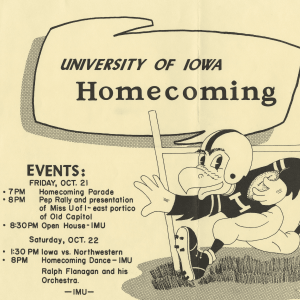 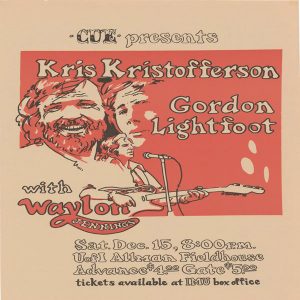 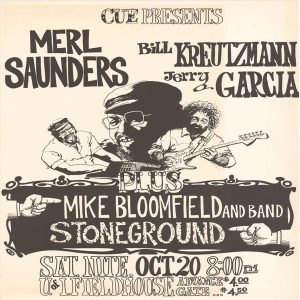 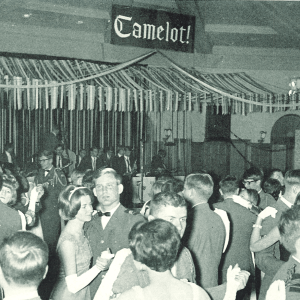 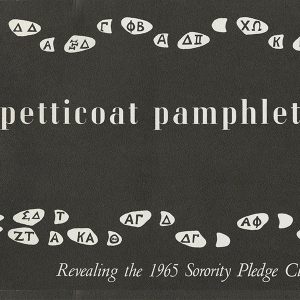 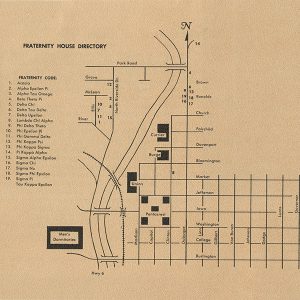 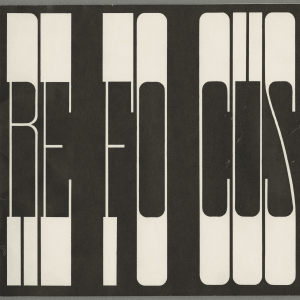 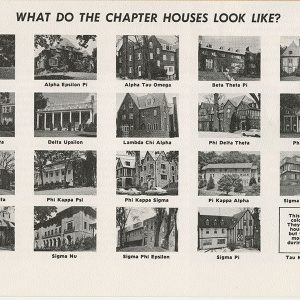