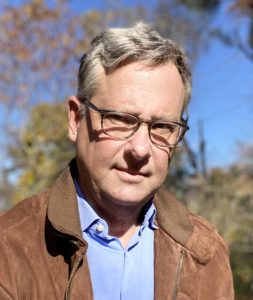 Overview: This narrative provides a detailed, step-by-step historical reconstruction of the Shell’s greater Mars project, from the acquisition of the original leases in 1985 to the installation of the Mars B-Olympus TLP in 2014.  The story of deepwater Gulf of Mexico can be told through the story of Mars.  Its April 1989 discovery was the largest in the United States since Prudhoe Bay in 1968.  It was the deepwater “basin opener,” the project that confirmed voluminous sand supply off the edge of the continental shelf and established the deepwater as a bona fide play for the industry.   Oil production from Mars was so prolific that its oil became a benchmark for pricing medium sour crude on the U.S. Gulf Coast.  The large quantities of crude transported by the Mars pipeline to Fourchon, Louisiana also helped sustain the Louisiana Offshore Oil Port (LOOP) and its Clovelly storage terminal.  More than any other project in the Gulf of Mexico, Mars documents the wide-ranging innovations that have propelled the industry into ever-deeper waters and new geological frontiers.  It provides a window into the evolution of geophysical technology and interpretation, drilling and well completion, platform and facilities design, workforce organization and culture, process engineering, subsea engineering, reservoir engineering, pipelining, project management, disaster management, and safety management.  Mars marked the transition from fixed to floating production platforms in deepwater, and from “conventional” deepwater to subsalt deepwater.  It also had a starring role in the industry’s recovery from two traumatic disasters, Hurricane Katrina in 2005 and the Deepwater Horizon/Macondo blowout and spill in 2010.  Finally, the 2014 installation of a second, state-of-the-art production facility in the same field once again placed Mars in the forefront of offshore development.  In the late 2010s, thirty-five years later, it remains one of the most productive basins in the Gulf at the cutting edge of technology.

The report draws on oral history interviews, technical papers, and Shell publications, both internal and external, to provide a unique perspective on the unprecedented challenges to managing a frontier project of this magnitude and duration.  The purpose is to achieve an in-depth understanding of the interrelated investment, operational, and technical decision-making that went into the development of one of the largest and most valuable assets in the Gulf of Mexico.  A lifecycle narrative of a deepwater oil project like Mars reveals how a technically and commercially successful organization learns and innovates in one of the most challenging environments in the world.  Not merely a business venture, Mars was a massive, interdisciplinary, geoscience and engineering project carried out over a span of decades, much like the human quest to explore the planet Mars, only more successful.  A close examination of such a project through time provides insight into the evolution of corporate exploration and production (E&P) strategy and the development of technical competencies.  The case study also demonstrates the role of culture and contingency.  The Mars prospect was technically controversial.  There was at least an even chance that Shell never would have drilled it.  Hunches in addition to cold calculations of risk and return, and personalities as well as organizational machinery, help explain why it eventually did.

Joel Hewett, “The Shape of These Monsters: From Fixed to Floating Offshore Oil and Gas Production, 1976-2006” PDF 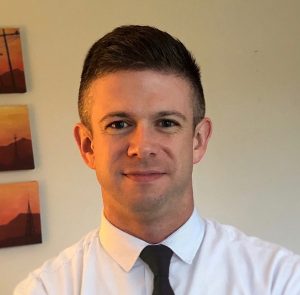 Overview: The November 1988 start-up of the world’s first floating offshore oil and gas production platform in deep waters seemed to herald a “new era” in offshore petroleum development.  Instead, Placid Oil’s innovative Green Canyon 29 semi-submersible-based deepwater project folded in just 18 months, at a massive financial loss for the company.  After the Green Canyon 29 platform and its equipment were decommissioned over the course of 1990, thirteen long years would pass before a successful semi-submersible production facility would return to the deepwater Gulf of Mexico.  “The Shape of These Monsters” traces how the technical design of the semi-submersible platform went from being the deepwater development concept of choice during the mid-1980s to a pariah among Gulf operators during the deepwater boom years of the 1990s.  By resurrecting the all-but-forgotten story of the Green Canyon 29 debacle, and by reassessing the hopes expressed by many industry soothsayers during the 1980s that the semi-submersible production vessel was the technological marvel of the future, “The Shape of These Monsters” further stands as a commentary on the ways in which non-technical, un-economic factors—like the specter of project failure—can haunt the minds of managers and the feelings of their firms enough to influence technological outcomes.  Namely, the dominance across the 1990s of the tension-leg platform in deepwater, demonstrated first at Shell Oil’s Auger and then at Mars, is shown to be as much a consequence of the dramatic failure of Placid’s Green Canyon 29 project, as it was the natural result of the tension-leg platform’s ostensibly “superior” technology.

Joel Hewett is a senior researcher and writer at the Homeland Defense & Security Information Analysis Center, a Department of Defense (DoD) organization in Oak Ridge, Tennessee, focused on identifying emerging technologies to aid government and the military in solving their most difficult challenges.  He has over a decade of experience in both public and private sectors as an accomplished energy technology and policy analyst and advisor.  Hewett has published in peer-reviewed journals, conducted research at a national laboratory, briefed United States Special Operations Command leadership on the future of biometrics technology, and served on a blue-ribbon White House commission on energy and the environment.  He holds an M.S. from the Georgia Institute of Technology in the history and sociology of technology and science, where he was the inaugural Melvin Kranzberg fellow.  Hewett also holds an A.B. in literature from Davidson College, where he was a John Montgomery Belk scholar.

Forthcoming from Tyler Priest and Joel Hewett, Oceans of Oil: The Epic Struggles Over Offshore Drilling in the United States:

Oceans of Oil narrates the multi-dimensional struggles over offshore oil that launched the industry in the 1920s and steered its trajectory over time.  Based on extensive primary and archival research, the book promises to be the most comprehensive study to date of the law, politics, and policy of U.S. offshore oil development.  It demonstrates how these struggles played out at the center of American politics, contesting the boundaries of the American nation-state, the contours of federalism, the shape of the American energy system, and the environmental limits of resource extraction.  Offshore oil was only made possible by the latest and perhaps final thrust of formal U.S. territorial expansion.  Debates about offshore oil policy revolved around questions of how sovereign rights were created in the ocean, how those sovereign rights were transformed into property rights, and how those property rights were secured and regulated.

Creating new institutions for governing the marginal sea and turning the continental shelf into property for oil development entailed protracted and multifaceted conflicts.  The ocean is a unique realm that has long existed beyond the reach of national governance.  Submerged lands were not originally considered part of the United States’ public lands, nor was there a constitutional process for incorporating them into the national domain.  Efforts to annex the shelf and open it to drilling involved the invention of new legal doctrines, the passage of landmark legislation, and intricate coordination among multiple agencies of the federal government.  The contested legal status of the continental shelf and the divided authority over managing its resources frequently gave rise to partisan posturing and political theater, especially during election years or periods of rising oil prices.  The dual purpose of offshore oil governance raised further complications and controversies.  Authority over offshore oil encompassed not only the traditional job of regulating private activities to ensure public health, safety, and welfare, but also the responsibility, as a trustee of public lands and resources on the Outer Continental Shelf, to manage them on behalf of current and future Americans.  Regulators were frequently caught in the crosshairs of critics who prioritized the program’s purposes differently.

During the past century, the subject of offshore oil frequently became a referendum on economic ideology, government regulation, faith in technology, national security, cultural and environmental values, and even civil rights.  In recent years, offshore oil has come to symbolize the big dilemmas of our fossil fuel existence in the age of globalization and climate change.  The drama of the Deepwater Horizon semi-submersible drilling rig and its long aftermath, including Shell Oil’s multi-billion-dollar retreat from the Arctic, the Obama administration’s withdrawal of vast marine areas from drilling, and the Trump administration’s determination to roll back the clock on offshore policy, have not only underscored the difficulty in formulating a consistent and workable national energy policy, but also have laid bare deepening social and cultural divisions within American society.

For more on the history of offshore oil in the Gulf of Mexico, see:

This study is the product of a multi-year, interdisciplinary effort financed through cooperative agreement between the Minerals Management Service (MMS) of the U.S. Department of the Interior and the Center for Energy Studies at Louisiana State University.  The research and oral histories were conducted primarily by a team at the Bureau of Applied Research in Anthropology at the University of Arizona and a team affiliated with the Center for Public History at the University of Houston, ledy by Tyler Priest.  The study combines oral histories, documentary research, informal interviews, and historical economic analysis to establish a basis for understanding the history and evolution of the offshore oil and gas industry in southern Louisiana, the birthplace of offshore oil.

More than 450 oral history interviews were recorded and transcribed during this study.  The primary repository of the tapes and discs onto which the interviews were recorded and the transcripts of the interviews is the University of Houston Libraries, Special Collections.  Additionally, more than 1,000 photos were obtained from individuals, scanned, and included with the oral histories.  The collection can be found at Oral Histories – Houston History Project, 1996-2008, Series 7: Energy Development.  Oral history audio and transcripts from another MMS/Bureau of Ocean Energy Management study, “Gulf Coast Communities and the Shipbuilding and Offshore Fabrication Industry” (2014) are included in the same collection.  Currently, there are 710 oral histories in the collection, some of which are available online, plus another 180 from the Bureau of Ocean Energy Management study, “History of the Gulf of Mexico Offshore Oil and Gas Industry during the Deepwater Era,” is completed in 2015.  Copies of audio and transcripts are also available in the archives of Louisiana State University, University of Louisiana at Lafayette, and Nicholls State University, and at the Morgan City Archives, Morgan City, Louisiana, and the South Lafourche Library, CutOff, Louisiana.

This four-volume study, financed as a cooperative agreement between the Bureau of Ocean Energy Management (BOEM) of the U.S. Department of the Interior and the University of Houston, was released in June 2014.  The study was conducted between 2006 an 2009 and led by the researchers from the University of Houston Center for Public History and the Bureau of Applied Research in Anthropology at the University of Arizona.  It examines the impact of offshore oil development on the shipbuilding and fabrication industry across seven major Gulf Coast communities:  1) south Mobile County Alabama; 2) southeast Jackson County, Mississippi; 3) Lafourche and Terrebonne Parishes, Louisiana; 4) east St. Mary Parish, Louisiana; 5) Port Arthur and Orange, within the Golden Triangle of southeast Texas; 6) Corpus Christi and Ingleside, within the Coastal Bend of Texas; and 7) Brownsville and Port Isabel of Cameron County, Texas.  The study describes the shipbuilding and fabrication industries in the Gulf of Mexico region, their geographic distribution, variation in their size and function, their trends and dynamics, the services they provide, and their labor demands and how they meet them.  It brings together historical, demographic, and ethnographic data collection and analyses to define the industry and explore the evolution of specific sites where petroleum-related shipbuilding and fabrication occurs, changes over time and space, and economic linkages.