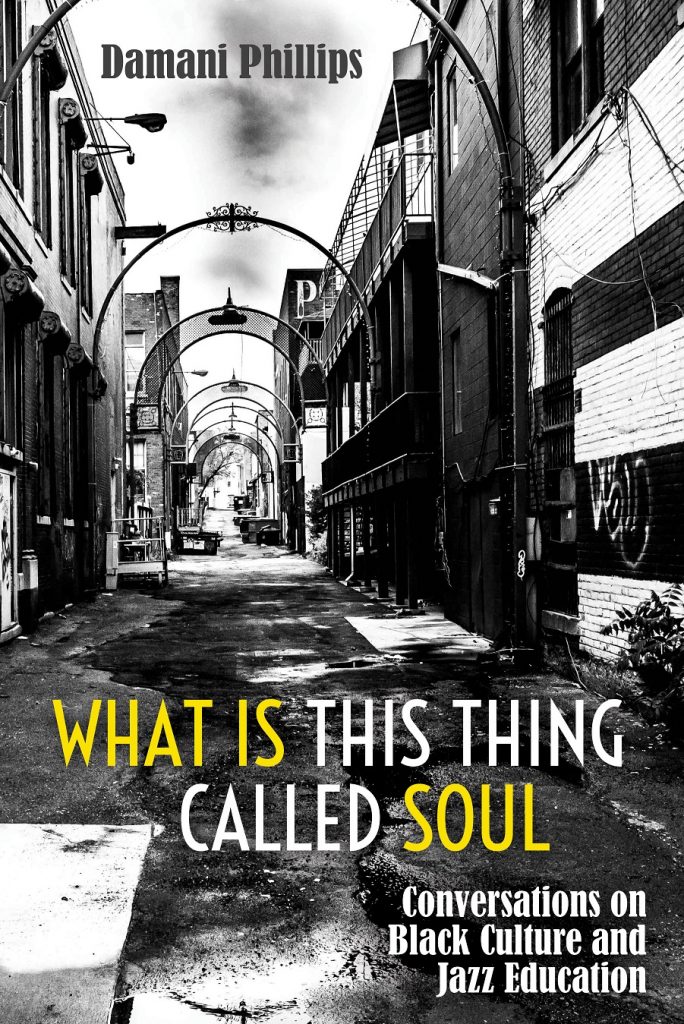 How does academic jazz education impact the Black cultural value of
soulfulness and esthetic standards in contemporary jazz music? Through
candid conversations with nine of the country’s most highly respected jazz
practitioners and teachers, What Is This Thing Called Soul explores the
potential consequences of forcing the Black musical style of jazz into an
academic pedagogical system that is specifically designed to facilitate the
practice and pedagogy of European classical music. This work tests the belief
that the cultural, emotional and esthetic elements at the very core of jazz’s
unique identity, along with the music’s overt connection to Black culture, are
effectively being “lost in translation” in traversing the divide between academic and non‐academic jazz spheres. Each interviewee commands significant respect worldwide in the fields of jazz performance and jazz pedagogy. Noteworthy subjects include: Rufus Reid, Lewis Nash, Nicholas Payton and Wycliffe Gordon—along with the late jazz masters Marcus Belgrave and Phil Woods. Interviews are supplemented by original analysis of the nature and validity of these issues contributed by the author. What Is This Thing Called Soul offers a candid and objective look into pressing issues of race, culture and ethnic value in relation to both jazz music and jazz education. Sensitivity, marginalization and even a fear of offending others has limited open discussion of how the soul of jazz music can be lost in technical boundaries. What Is This Thing Called Soul is the first attempt to directly address such culturally urgent issues in jazz music and its academic pedagogy.

Book Preview: What Is This Thing Called Soul, Chapter 1: Jazz Is Black Music

Purchase Your Copy: What Is This Thing Called Soul

An active performer, pedagogue and presenter, Phillips has taught and performed throughout the United States, Europe and South America. He previously served on the full time faculty of Grinnell College, the adjunct faculty of Oakland University (Rochester, MI) and Macomb Community College (Macomb, MI), and is actively sought as a guest artist, clinician, lecturer, panelist and adjudicator throughout the country. As a lecturer, Phillips has presented on a variety of topics on jazz music and Black music’s association with American culture at The African-American Museum of Iowa, the Deutschebank Kunsthalle, (Berlin) and numerous colleges/universities within the United States. As a performer, Phillips has shared the stage with artists/groups such as Lewis Nash, Christian McBride, Wycliffe Gordon, Bobby McFerrin, Marcus Belgrave, Terrell Stafford, Maceo Parker, Ira Sullivan, The Temptations, Red Holloway, and many others. As a recording artist, Phillips released his debut CD “Yaktown Nights” in 2003, “The String Theory” in 2010 and “The Reckoning” (featuring New York standouts Pat Bianchi – organ, Greg Gisbert – tpt and Lewis Nash – dr) in 2012. Phillips’ most recent recordings include his 2015 project “Duality” (double album featuring a unique synergy between straight-ahead jazz and hip hop music) and his brand new live recording “Live in Iowa,” which was released in January of 2018.

Phillips is also an active academic scholar in addition to his performance-based scholarly profile. His research focuses on addressing cultural concerns in the pedagogy of Black music within academia. “What is This Thing Called Soul: Conversations on Jazz and Black Culture” is Phillips’ first book, and delves into the difficult topic of the decline of Black cultural influence/representation in jazz as traditionally taught in academic spheres.