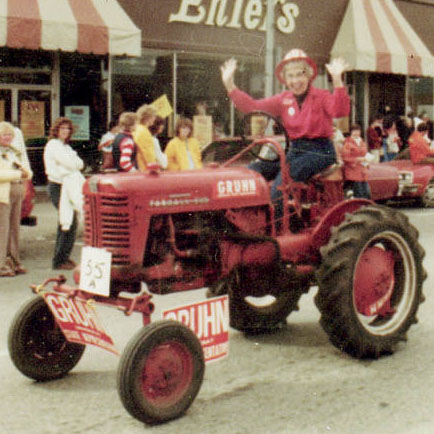 In this article, written as part of an undergraduate history seminar at the University of Iowa, Kenneth Dofner argues that feminist theory and action created the foundation that helped shaped policy during and after the Farm Crisis. He writes,

With these perceived violations of justice for the common farmer, feminists who previously supported the women’s liberation movement served in positions of responsibility that later affected the political and socioeconomic landscape of Iowa… As the Iowa General Assembly and the U.S. Congress created committees to investigate the causes and effects of the farm crisis, feminists inspired a large number of rural women to be active in community and political activism.

Looking at the ways in which second-wave feminism shaped grassroots organizing during the Farm Crisis, Dofner illustrates the important social and political role that women played in Iowa’s rural communities in the 1980s and beyond.